Seeing as Christmas is very nearly upon us, and with it the end of 2017 in sight, I seemed a good idea to have a look back at some of my favourite shots of the year.

King's Lynn at night from across the Great River Ouse: I've included this because it's probably one of the best photos I've ever taken, it's the end result of twenty separate images and stitched together. I had to visit this site a few times for the conditions to be exactly right, the tide had to be high, very low wind and almost no movement in the water, and hopefully all the persistence and effort was worth it.

From Emma & Lucan's wedding shoot, taken in front of King's Lynn Town Hall: Ahead of the wedding day, because King's Lynn is full of old and unique architecture I had arranged a meeting with the bride to throw ideas for photos around and see which ones she preferred. As the reception was going to be at King's Lynn Town Hall, one of the ideas I suggested was a photo in front of the building as the light was fading I know the facade is lit at night. I also suggested it would look fantastic if I used flashguns to create a backlit effect on the two of them, Emma really loved it the idea and bought heavily into the concept. Fortunately the weather was fine on the day, but for some unknown reason, the uplighting on the Town Hall failed to turn on, so I worked with the circumstances and the final effect was quite atmospheric and worked really well. 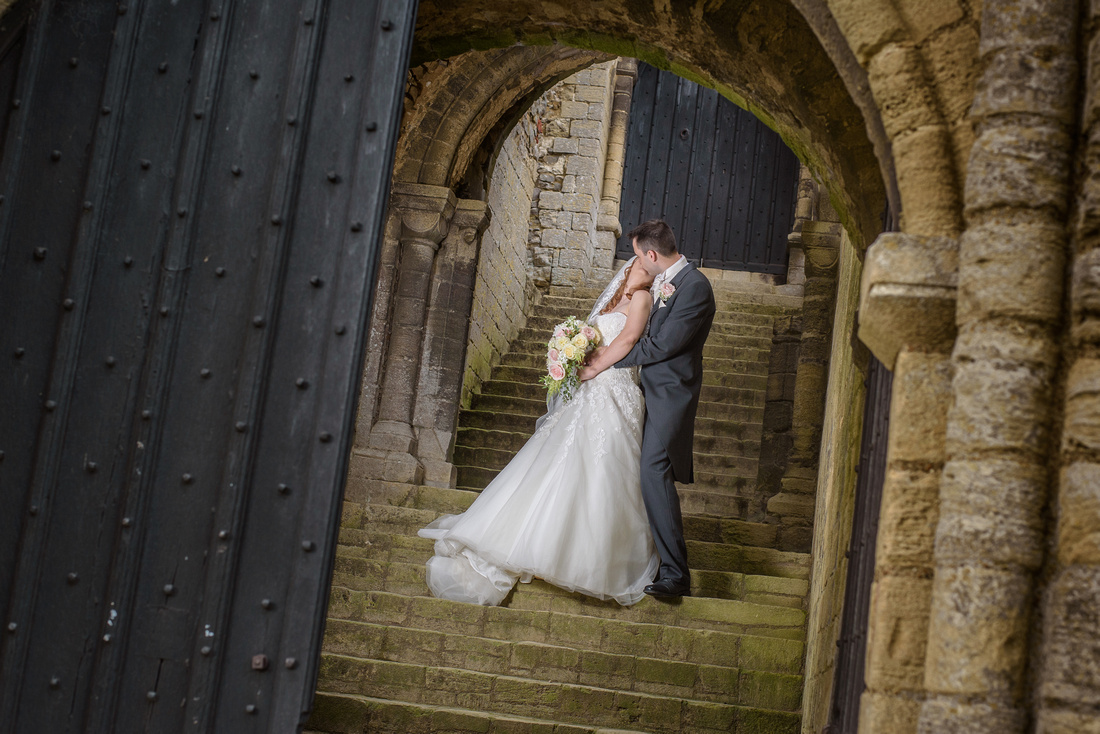 Becky & David at Castle Rising: At the pre-wedding meeting, the Bride & Groom told me they wanted to use Castle Rising for some of their photos, would book the necessary tickets, however there was only half an hour to get there from the church, get the photos and get back to the reception venue. I advised it was not really anywhere near enough time so they obliged by creating a slightly longer window as it was something they really wanted to do. On the day, I kept it simple using a single flashgun softened with a soft box and had someone holding it on a boom arm to the left behind the door to lift and balance the light on the two of them. This is one of a series of photo taken on site, and we had to contend with the rain showers to get them, but wedding photography is often about working within the time constraints, shooting flexibly, dodging less than ideal weather and still getting the photo so no one would know any difference, and that's why this makes it into my favourites of 2017.

Lawrence & Jolita at Tower Gardens, King's Lynn: I agreed with the Bride & Groom that we'd use Tower Gardens for some of their photos, and on the day it turned out to be scorching hot, slightly hazy, but the light was good from the right direction. I decided to work with the available light and shoot a panorama consisting of several shots, in this case six that would be stitched together in Lightroom during the editing process. I like this because of the diffuse quality of the light, and it's generally everything my style of photography is about - panoramic, cinematic, portraits that make the subject a feature or part of the landscape, and using a shallow depth of field to create focus on the happy couple.

Lisa & Jack during sunset at the King's Head, Bircham: This was actually taken in the overflow carpark at the hotel just after the Lisa & Jack had finished their sit down meal and were relaxing, I told them we actually had a sunset and asked if they wanted to get some photos taken, and of course they said "absolutely!" When weddings are in the last third of the year, evening is quite often one of the few times I can shoot portraits of the Bride & Groom, as it has to be fitted in around the ceremony, meal and other set parts of the day, so I've gravitated towards a style that involve shooting in low light and using off camera flash to create lighting effects, especially backlighting. This was one of those weddings later in the year, when the nights draw in earlier but  it happily coincided with a sunset, which trust me, in Norfolk that doesn't happen too often so when it does I feel obliged to make use of it! I'd also bought myself some new compact portable flash heads prior this shoot and while I'd tested them before hand, it was my first time using them at a wedding, and I was very pleased with their performance! 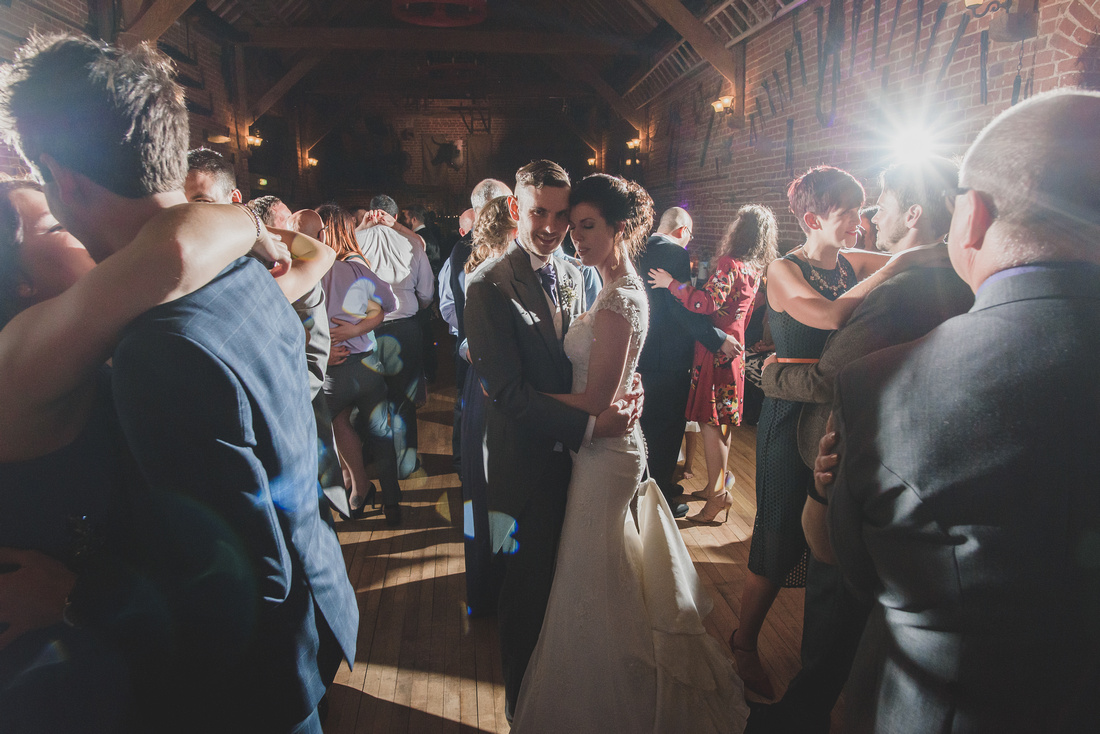 Melissa & James at Hunter's Hall, Swanton Morley: I really enjoy shooting first dance pictures, partly because it is purely about documenting what unfolds, and also because it can be challenging for various reasons, not least because of the lack of light. It's generally necessary to use of camera lighting during first dances as there's little or no ambient light to work with, and I like to use a couple of flash heads to flood the dance floor and create a rim lighting effect. This one worked well because many of their guests joined them for the second half of the dance and it created added, depth and an interesting backdrop.